1) INTERNET HIT SQUADS SOCK IT TO THE RIAA AND MoS

Easily the funniest musically-related thing to happen on the internet in yonks. The RIAA decided - in its infinite, greed-induced idiocy - that it'd employ the services of ACS Law, a London-based firm of lawyer thugs, to pressure file-sharers into coughing up thousands of pounds for the audacity of downloading Daisy Chainsaw tunes for free, or whatever. So, understandably, internet INSURGENTS ((cheers Kay, keep 'em coming)) DoS'd the RIAA site to buggeration a couple of days later, while wily hackers ripped into ACS Law's site and plundered a bunch of confidential emails ((sound familiar?)) from the firm's head honcho, Andrew 'Cuckold' Crossley, scattering them to the four winds of the WEB. As well as exposing the fact that ACS Law didn't have a leg to stand on ((like most scum-uh-d'erf bailiffs, they swipe their swag by trying to frighten the uninformed)) it was most amusing to see that the firm was struggling financially. As for the emails sent by Crossley to his ex-wife Louise...well, they had to be read with Rihanna's Unfaithful in the background, for full comic effect.

Then the coke-bloated manatees at MINISTRY OF SOUND decided to muscle in on the action, repeating the same trick with the aid of cash-grubbing sharks Gallant Macmillan. I know Spiral Tribe's white rasta / didgeridoo-honking schtick got a bit annoying at times - but hey, at least they never shat all over their own subculture. Jesus, am I glad I got refused entry to that dump of a club back in 1994! Anyway, the MoS got DoS'd, leading to tears from distressed Eric Prydz fans who couldn't buy tickets to see the cock juggling MP3s for half an hour. Nice one! The MoS were chomping at the bit for file-sharers' personal details but the ISPs told them to fuck off ((credit to normally-bungling BT, they refused to budge)), and there's gonna be a follow-up court hearing next month. Remember - there's always "Ministry Of Sound Mediafire". Treacherous rats.

2) THE RISE OF THE VUVUZELA

What can you say about a grubby plastic trumpet that's capable of reducing skree-hardened power electronics veterans to sobbing heaps? Apparently, the vuvuzela was invented in Ireland, some time around 200BC, and later smuggled into Africa by pirates ((or so some bloke down the Galtimore told me)). In fact, the KAZOO OF THE ANCIENTS is so feared that 9 out of 10 Goa Trance DJs admitted they would cancel a slot if there was the remotest chance of somebody sneaking a vuvuzela into the venue ((the tenth said he'd cancel if Ganesh didn't lay on some IDF girls with green dread falls...pah, where's DAVID SEE when ya really need him?))

Suitable for a whole host of special occasions - rush hour / your cousin's wedding / Gregory Isaacs' funeral / carol singing / alerting protesters to impending kettles / summoning Cthulu / when your insurgen..er, neighbour puts on Shakira - etc etc - the mighty VUVUZELA made its wrath known in 2010! If anybody wants to get me a Xmas present this year, don't bother with any rare Ninjaman tunes on CD-R...I'll gladly accept a vuvuzela instead.

3) "DRUM AND BASS IS PLAYING, AND THE BEER IS OPEN"

Oh, I've got a job now, if anyone gives a flying. But for this cat, a fair chunk of 2010 was marked by compulsory Jobcentre Plus seminars ((outsourced 'trainers', as you'd expect, including the intriguingly monikered 'consultancy', MAZE 8. I mean, if you wanted to convince 12 unemployed bods that this four-hour session's gonna get 'em MOTIVATED and BACK IN THE SADDLE IN NO TIME, you'd surely name your company after A SERIES OF INSURMOUNTABLE WALLS AND DEAD ENDS, yeah? Jesus, 'Maze 8'. Sounds like some shitty '90s ska/punk combo. Still - I learned a lot of acronyms that afternoon)). Subsequently, I pretty much hit Mediafire for all my tunes this year. Having said that, I did spunk £20 of the taxpayer's money on a CD and two 7"s. 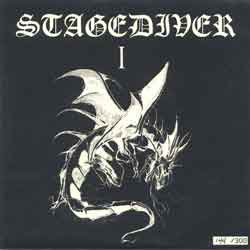 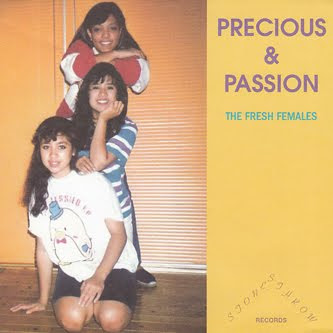 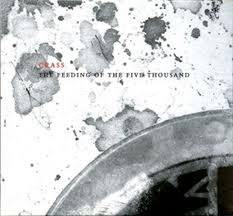 Two of which were reissues, but who cares? It's just been one non-stop punk / amigacore / block party round BTi Towers.

Oh - I actually quite liked the new A.R.E WEAPONS album too. Complete Suicide rip-off, but they do it well. I've also heard a preview of the XYLITOL remixes album, including stuff by blogosphere founder WOEBOT, those Bagpuss-fanciers BELBURY POLY, NOCHEXXX, KID SHIRT and a stackload of other sonic reprobates ((Brian Eno sent in an effort, but it got thrown in the bin, after much laughter)) - more on this in a bit. The excellent Digital Reggae blog kept me going with some rare old school biz from Courtney Melody and King Kong. They've also got every single Ninjaman LP ever up there, if you wanna save your space bucks. Scoff your mugs off all you like, but if there's a better soundtrack to drinking Laphroig, lighting a fire in the living room and watching foxy Italian students flail around in the snowdrift outside my flat than The Balfa Brothers Play Traditional Cajun Music, I don't wanna know about it.

Put it this way:

The mix comes out on 5 November.

Five days later, anarchy erupts on the streets of London.