BRING ME THE HEAD OF TOMOHIRO NISHIKADO

If you were male, straight and came from Burnt Oak, you had a limited range of options for securing a girlfriend. The most obvious method was to walk up behind a girl, grab her pigtails, violently twist her neck back and pin her down while she scratched your face to tatters...and then, when she ran out of breath, casually announce, Get your coat love - DID IT HURT WHEN YOU FELL TO EARTH?

Then again, you could always join a band. But, let's face it - who can name a single band from Burnt Oak? I mean, George Michael ((for whom I have the utmost respect)) lived there, but the fact was hardly Wham! marketing material. So the only option was to become good at something, develop a skill. Football, perhaps. Or joyriding. But I went for Space Invaders. 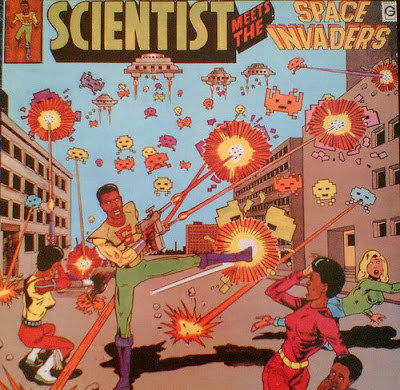 Everybody's sick of hearing 50-year olds announcing that if you're too young to have seen the Clash or Tapper Zukie, you seriously missed out, maaan, and that none of yer manufactured yoof culture rubbish these days can even scale the heights of watching Gang of Four mincing about onstage like a bunch of middle managers playing charades (I use the word 'like' loosely).

But I genuinely understand this argument when it's applied to video games. I don't get Grand Theft Auto - you're playing somebody you're not (and who doesn't even look like you), immersing yourself in crimes you probably don't have the guts to commit in real life, and the games go on for fucking days, weeks, months. I don't give a toss if this makes me sound old fogey and self-righteous. To be honest, after Space Invaders, no game could ever do it for me again. Not even Psycho Pigs UXB or Barbarian 2. Space Invaders wasn't a game, it was a 10p-a-shot war; a showdown with the twisted, nefarious brainiacs of the shadowy Taito Corporation. We didn't want to pretend we were nicking motors or beating up faceless anime' automatons in car parks. We wanted Tomohiro Nishikado's head on a plate. Badly. So we killed, maimed, slaughtered and zapped his scumbag aliens, blew their ships to smithereens, and accumulated points for our own glory. Those with the high scores commanded respect. Girls flocked to them, confident in the knowledge that a score of 75,000 or more indicated good breeding potential.

Some of us went further, though. We divided into factions, spiralling out of control. In our waking hours, we scanned the gutters for discarded 10p pieces - more ammo to aid the pro-Earth backlash. Our night dreams reverberated with the violent, gut-punchingly loud power electronics of laser warfare, our REM-jittering eyes awash in a sea of GREEN NEON DEATH. Some went under the moniker of Unit Black Flag. But they mainly called us Roots Radics. 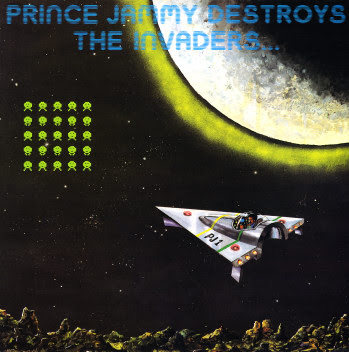 There were casualties. Steve, the Jesus and Mary Chain fan, who drifted off in class and was yanked from his desk by an enraged maths teacher. His A5 graph pad splattered with Goya-esque, blocky images of the nightly ritual combat. Up all night in West End arcades, stealing car radios to fund his habit. But they didn't understand us, these middle-aged dolts; didn't understand what Roots Radics were about. How we were up against something more terrifying and mighty than anything the British education system could have machine-gunned into our skulls. Magellan and Hitler shaped history, our tutors woofed from the blackboard; but we were blazing vapour trails into the future. Cosmonaut commandos, born to kill. 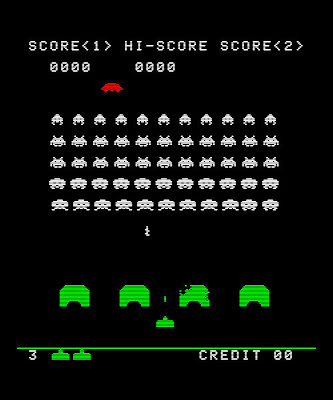 "VIDEO GAME MADNESS DESTROYING BRITISH YOUTH", screamed the Mail, as social worker after geography teacher after education select committee panel queued up to deliver sideswipe soundbites like, "The only space we need to invade is the one between these childrens' ears". "SON WHO RAN UP £20 A WEEK ON COINSLOT CON", bleated a Hendon Times leader, while the People simply opted for "SPACED OUT! TEACHERS SLAM ANTICS OF THE ARCADE GENERATION"

Meanwhile, we tuned into dub and planned the next counter-offensive. Scientist, Prince Jammy, Prince Far-I and the Arabs; punks and rasta youth synchronising their heartbeats to the pulses of bass, the ghosts of fallen heroes wailing through the mix, before another long shift behind Earth's defensive shields. Miles away, Taito Corp executives cashing Midway cheques. And, somewhere in Osaka, behind his plate glass barricade, our nemesis. Sitting in darkness, on his high-tech, robot toilet throne. The mind that built the WALLS we spent our lives demolishing. The fleshy, psychic hive, guiding the waves of perpetual kamikaze onslaught. The man we couldn't get. 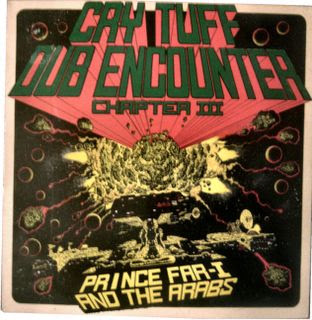 And then - it ended. The war was over and nobody had informed us. The media was now outraged with devil dogs, or video nasties, or something. Steve disappeared from sight; I hear he ended up with a daughter. Veterans of the struggle receded, as the Dockers machines were uprooted to make way for Shinobi, Operation Wolf and After Burner. Robbed of their joysticks, the ex-troopers stomped into pubs, grabbed hold of the nearest available woman and wrestled her to the sticky carpet, dodging slaps, bites and gouges, until their prey gave up the struggle and consented to engagement. Burnt Oak still wasn't siring any bands. Shit - I was gonna have to become a hack to escape manual labour, after all. But then, the alternative was "Kevin Keegan's Premiership Manager". Fuck computer games. You brats can never understand. ROOTS RADICS DIED FOR OUR OWN SINS, NOT YOURS.

Incidentally, I never liked Pac-Man. What was the fucking point in it? Running around a dark labyrinth, guzzling pills and being chased by ghosts - I mean!! Just sounds like an average Thursday night at Megatripolis.