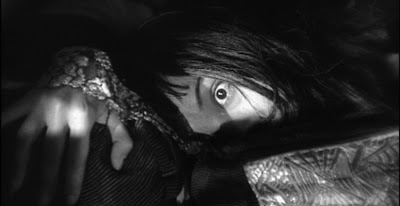 Over the course of the past 36 hours, me, Chairman Dubversion, Sacha Colgate and John Eden have been having this great Twitter argument about GOFF, and debating whether or not bands like The Birthday Party, Siouxsie, etc counted as real goffs, as opposed to The Mission, The Sisters and The Neph. Eden bailed out of the debate for most of it, to do some ironing - in disgrace - but I thought I'd introduce some audio evidence to back up my side of the argument. Yep...welcome to the early 1980s, the years when REGGAE WENT GOFF!

I can't be arsed to go all the way back to the Ostrogoths / Visigoths ((who were more like Hells Angels with pigtails, anyway)) so let's just say that GOFF arguably started in 1816, during the Romantics' legendary 'lost weekend' in Geneva. Percy Shelley, Mary Wollstonecraft and Claire Clairmont jumped a barge to Switzerland to chug copious amounts of opium with Lord Byron. It was around this time that Byron was so blitzed off his tits on drugs that he could barely tell a squid from a sofa, but this didn't prevent him from billing the almighty bender as a literary shindig.

History informs us that, during this Swiss soiree of SUBSTANCE ABUSE, Byron bet Mary Wollstonecraft ((the 19th century Caitlan Moran)) £5 that she couldn't write a ghost story. In response, Wollstonecraft giggled for a couple of hours, repeatedly squeaking "I'M NOT A GOFF! I'M NOT A GOFF!", and then effortlessly knocked out Frankenstein. A disgruntled Byron spilt his opium tincture all over the sofa when forced to cough up his fiver. However, he should have kept his dosh in his pocket - Frankenstein might be about a mad scientist who brings a corpse back to life via electrical current but, technically, it's NOT a 'ghost story'. Still, try explaining that to a junkie while he's crawling round the carpet, frantically licking cushions. Similarly, it's literature's loss that the Geneva wasters never got round to reading Claire Clairmont's contest entry, about three shamen hired to remove a malevolent and ancient evil from a building, though her effort, Ghostbusters, was plagiarised by Hollywood leaches two centuries on.

Less than 10 years after the Geneva beano, Shelley had thrown a seven, Byron was disabled and knocking around with Greek freedom fighters, and Wollstonecroft was back in London, mourning her consumptive babies. Hans Christian Andersen, a perverted Danish intelligence officer with a fetish for underage goose-costume sex, became a literary superstar with sentimental trash like The Little Mermaid ((though we now know that the Danish government illegally netted and butchered up to 10,000 mermaids in Scandinavian waters between 1825-1840, during a severe cod shortage)). It wasn't until 1845 that some get-rich-quick London hacks, deploying a string of pseudonyms, knocked out a stream of penny dreadfuls detailing the exploits of VARNEY THE VAMPIRE, and GOFF was temporarily resurrected. Andersen hadn't accounted for European yootz preferring to read about bloodsucking undead counts going crazy and biting everyone, instead of crap about spoilt brat princesses sticking peas under pillows. Finding himself out of vogue, Andersen fell into a deep depression, before falling out of bed and drowning in a bucket of goose fat.

Meanwhile, an Irish jackeen called Bram Stoker was dossing around in London, trying to join the Hermetic Order of the Golden Dawn. Like most occultist groups, the HOOTGD was full of unbelievable snobs, so he had little joy on that front. To make things worse, his mate Pamela Coleman Smith ((aka 'Pixie')) blagged membership, by dint of drawing some crude cartoons for a deck of tarot cards! ((incidentally, she never got credit for her card art 'til years later. Occultist groups, eh?)) So, to stick it to them, Stoker decided to scribble down some proper GOFF classics, the best known obviously being Dracula, which he batted out in 1897. Al Crowley might be idealised by scores of spotty industrial fanboys...but hey, who bagged the Hammer franchise?

GOFF was pretty much everywhere by the beginning of the 20th century. From HP Lovecraft, to people mocking up photos of fairies and smoking clove cigarettes in crypts, if you weren't goff...then man, it's like you just weren't there! Unfortunately, in 1914, World War I broke out and the wholesale massacre of an entire generation led to the subculture falling by the wayside somewhat. It wasn't until 1979, when some bored Melody Maker hack was sent to review a gig by a godawful punk band called Joy Division, that the phrase "BUNCHA GOFFS" entered muso terminology, and the subculture was reborn once more.

If we agree that GOFF's musical heyday was the early 1980s, I offer up these fine audio examples of some of the genre's most influential classics: (yes, you can click on the links, and summon up each song to your desktop -just like magick) 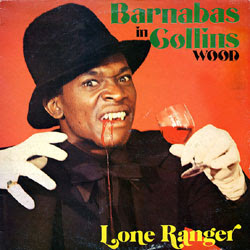 Clearly cut from the same body bag as Bauhaus' Bela Lugosi's Dead, this genuinely creepy haunted dancehall anthem focuses on the despicable crimes of a wicked and dreadful vampyr called...er, Barney...particularly his ruthless attack on the unfortunate Sister Joyce ((who was just trying to get to the Birdcage in her 'alter back an' ting. Hey Althea, Donna - NICE of you to just fuck off on the bus like that without waiting, huh?)) Unlike Lugosi, Barney can actually transform himself into a bat though, which gives the entire track a spine-chillingly sinister undertone. I especially love this because when all these popist twats with faces like the BBC's Ben Brown start mithering, 'AH YES, GOTH..ROCKIST! PRACTICALLY SKREWDRIVER IN KOHL...RACISM, PURE AND SIMPLE!', they're fucking oblivious to the fact that Lone Ranger was hanging out in some cemetery in JA, trying to convince himself he liked the taste of blackcurrant in his Red Stripe, and looking better in his goff hat then they'll ever do in their miserable fucking...whatever popists wear. 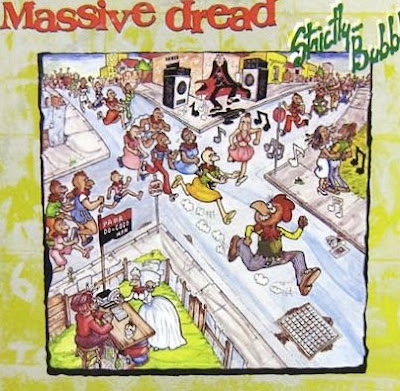 MASSIVE DREAD - Vamps On The Corner

Clearly taking his cue from the Banshees' more psychedelic album artwork, Massive Dread commissioned an LP cover comprising some chicken-faced mutants fleeing from a vampire that's either a) inexplicably got a shadow b) wet himself...with oil?? Anyway, come one, come all....send Mick Mercer if you like...I'm stating this song is a bona fide GOFF tune, and no word of a lie. The bass and FX on this are as dark as vampire pee, and Pete Murphy would kill to be able to laugh like that. Oh my bad, spot the fake GOFF analyst - Pete Murphy NEVER laughs. He probably does a 'Hmpph' snort every now and then. But boy oh boy, has he made the rest of us cackle at times. 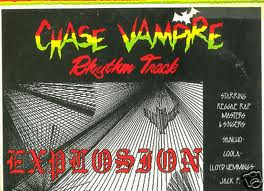 If Dubversion is correct ((IF)), then, by 1986, the early progenitors of GOFF had given birth to the more dubious creation GOTH, and the world dissolved into one almighty 12" megamix of This Corrosion. Or maybe Eden's right, and it was all just about the clothes? Anyway, after Prince Jammy and Wayne Smith proved you could use computers to make reggae ((previously dismissed as some far-fetched Tomorrow's World fantasy - I am serious, kids)), it wasn't long before Sancho jumped on the corpse cart and whacked out this novelty Electro-Goth number. Check the similarity between this cover art and the sleeve to Les Vampyrettes' proto-goff 12" Biomutanten! True fact - this track led to a short-lived, bizarre Slimelight dance craze, where punks would line up, 'British Bulldog 123'-style, and jump tall blokes in capes as they tried to charge through the gaps, before chasing any remaining vamps down the stairs into the techno area. But a kid in a Love & Rockets shirt got a Chinese burn one night, so they banned it.

You should have seen Sancho's TDK ad, though. That was PROPER mean. 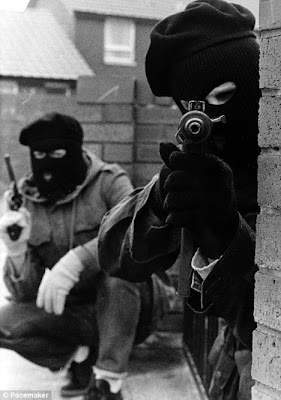 I love these novelty songs, uploaded with purely wholesome intent on the understanding that nobody seriously contemplates committing an act of violence against representatives of our ruling party!