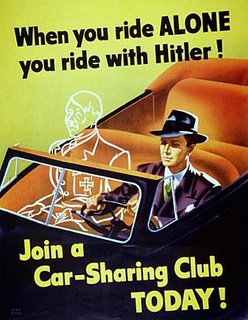 So, the hauntology virus has spiralled out of control, bringing us cold war spy revival and a Peter Sutcliffe tribute act in Ipswich. ME? I never got into the Belbury Poly album, found it far too laid back and twee. Surely the whole point's to mash things up a bit, not just do what Pram were doing back in the 1990s (Pram songs included The Owl Service, named after a 1969 British psychedelic childrens' ghost film). There doesn't seem to be any attempt to bring the past (real or imagined) crashing into the present to hijack the future. Whatever 'it' is that Belbury Poly's delved into the past to bring us back might just about make the grade as a Young Marble Giants B-side. Hauntology will be used as a political tool for the liberation of mankind (dead or alive), or it shall not be at all!!

Admittedly, I'm not really interested in Delia Derbyshire, probably putting me in a minority of one - I'm more into what K-Punk once termed 'Grim Britannia', and in particular 1974-1979 - the era of Conservative Party regroupment. Aided by fascist organisations such as Ross Mc Whirter's and Jane Birdwood's Self Help, the National Association for Freedom (NAFF), GB 75, the Economic League, Column 88 and Ian Sproat's 'Social Security Scroungers Campaign', the Tories plotted a 'New Britain', conceived almost entirely as a replica of junta-controlled Argentina *. In terms of politics, the early 1980s seem infinitely more whacked out to me than any of the spectres you'll detect in 1950s sci-fi. Check out archive news footage for the surreal sight of Nottinghamshire pit scabs donning balaclavas and boarding coaches with mesh wire windows, flanked by a police convoy for protection as they broke the Miners' Strike - surely an apt commentary on the nature of WORK itself. I went to Belbury Poly - and all I got was this lousy diploma.

(*Maggot might shed a tear over Pinochet's festering cadaver, but the amount of UK support given to the Argentinian regime, both before and after the Falklands, puts the lie to any chat about the old cunt being a 'good ally' in 1982. To hell with nationality - New Britain and Argentina were valuable experiments in the neo-right's crusade against working class collectivity. Which begs the question, how do we interpret the 'Falklands War'? A disembodied, lunatic howl in the mirror? Incidentally, if the Belgrano and the Sheffield were obliterated as part of some sick occult ritual, a sordid, mutually agreed pair of sacrifices to sprinkle the wilting crops of capitalism with human blood, the people must be informed, NOW).

BOB SINCLAR - Oh, you really are one slimey monkey cunt! Stuff your cheery whistling up your Berlin Love Parade, scheisshund

THE FEELING - shit! Admittedly, I've only heard one single and haven't gone near the rest of the songs on the album. But if a childkiller struck once, would you wait for him to do so again 12 TIMES before apprehending the bastard? ("Yes!" - John Reid)

LILY ALLEN - You know when you're reading a review and it's gushing on about how there's nothing more glorious than teenage girls making pop, summer tunes bubbling with love and life, and how you'd have to be a misogynist bore to not understand where she's coming from - and THEN you look at the pic of the reviewer, and think, You're a 38-year old man with a Paul Weller haircut, what the FUCK do you know about how teenage girls feel?

SKREAM - Reader - do you ever suffer from sleep paralysis? It's a most curious phenomenon. Sufferers tend to report the same symptoms - a feeling of being awake, but physically unable to move, with some dark shadow figure hissing and trying to suffocate them in their beds. Seriously, some folks have been known to go barmy from it, and end up bingeing on amphetamines just to avoid falling asleep. ME? Oh, it's a pain in the arse, but I've had it enough times to just feel utterly contemptuous of the whole rigmarole. The last time I had it (about 2 months ago), my duvet 'came alive' and rearranged itself into the features of a giant hookworm, bearing down on me and pressing its maw to my face while its body tried to crush my ribcage. I looked up in despair at the ceiling, noticed the chandelier - well, that was a dead giveaway that it was a dream. So you lie there, knowing it's a load of bollocks, thinking "Oh for fuck's sake, wake up" while this, er, giant cloth parasite does its best to smother you.

Isn't it odd, though, that so many people get the same impression of a tall, dark figure in the room? Why is this? Is it a state security mind control technique? Maybe it's an incubus! Maybe, dear and sweet reader, I'm writing this garbage oblivious to the fact that I've been bumfucked by an evil spirit!** Which brings us back to hauntology, but I'll sidestep the Burial album, Skream's self-titled debut was way better.

FAITHLESS - They're back! Soldiering on against an apathetic world! The problem I've always had with Faithless, even when they were doing their LKJ meets The Beat stompy stuff on tunes like Mass Destruction, is that they remind me of a pillhead called Gareth who was going to write "the definitive book on Ecstasy". I've alluded to this before, but his plan was to knock out this sort of clubbers' bible consisting of a) a barely fictionalised account of some idiot who discovers E (ie, himself) and has a lot of cool escapades b) a theory that if everybody took E, the world would achieve a bloodless revolution and an end to all conflict. Chewing on his tongue like a laboratory rat, he once told me that this revolution was easy to achieve. Groups of converts to the Mighty E would travel around the world on a perpetual adventure. Whenever they met strangers, they'd persuade them to try an E. Said strangers would then be won round, and in turn would do their duty by distributing Es to any strangers they met. Somehow, at some unspecified date, the children of the revolution would approach the WhiteHouse (presumably in a spray-painted ambulance, blasting out Insomnia) and Clinton would graciously accept an E, thus securing world peace.

I asked him how this E revolution would help homeless people, or very young children. He was also upset that I'd arrogantly pissed on his parade by suggesting that trying to persuade strangers to take a pill might actually run the risk of arrest or a slap in the kisser. He then became really narked with me because I'd spent some time with his girlfriend, which suddenly became inconclusive proof that I was trying to wisecrack my way into her pants. But what killed him was the time I played a NASENBLUTEN tape while on one. He was mortified that I could mix the the drug of universal peace with 300 bpm raw bovver-techno classics like Cuntface,Cocksucker, Fuck Anna Wood, Rotterdam Takes It Up The Ass, Blows T'The Nose, Aim At The Brain, Greedy Bitch and Dirty Rotten Bastard. This is what being young's about, alienating your peers and puncturing their dreams of becoming literary sensations!! Anyway, I can't listen to Faithless without thinking of him, so fuck them.


(** -a famous psychiatrist attributes the presence of the 'shadow figure' to those old SPIRIT OF DARK AND LONELY WATER public information films they used to show on TV - if you haven't got a clue what I'm talking about, search for it on Youtube)

Yet another BASH review

Oh, I just can't be BOTHERED to do loads of writing this morning - so here's the edited high / low lights;

* A new Bug / Tippa Irie mash-up which might be called "They Get Me Mad" - the dog's bollocks, seriously - this needs to be released on the general public pronto. Tippa disses suicide bombers and other nastiness.

* Some hip hop track played early on, with what sounded like a Japanese woman gurgling over the top. Another one with a sample of someone saying "Annihilate". I absolutely refuse to ask DJs what they're playing, so sorry, I can't provide much more info on what this was! Incidentally, I used to vaguely know a bloke who DJ'd in South London and someone asked him about some obscure, boring techno platter he was spinning down the backroom of the Skinner Arms. He ended up throwing a beer at his inquisitor and screaming, "Ah, why can't you fucking chat up girls like everyone else!"

* Hearing Cutty Ranks on a club PA - it's never the same at home.

* Playing David Attenborough and observing some dancefloor courting rituals. A bumfluffed youth dressed in black was trying to make an impression on a girl in a white top with her back hanging out by performing some unique dance routine. You really should have seen this - I don't know what sort of damn fool videos this bloke's been watching, but it was like a 4-way cross between 1) Flashdance 2) Drunken office worker in pelvic thrust burn-out 3) Some sort of 13th century jester pirouette 4) A disabled hamster in a washing machine. Look, if this is sounding cruel, I'm trying to big him up! I don't think he got any though - apart from laughs, that is.

* The bloke who gave me a roll-up - respect is due.

* Sitting in the Barleymow before BASH opened and having to listen to two sensitive new age dads having some intense conversation about their offspring, which turned into one guy spilling his soggy guts about his family history - he was bullied by his handicapped dad, his mum cheated him out of some of his inheritance when his dad died, he was bullied at school, he went through years of repressed anger - and now, to cap it all, his son doesn't seem to want to hug him. I'm no macho wanker, but WHY did I have to listen to this until John Eden entered the pub, splattered in blood and pus, and scared these mishgugglers away? If the BASH crew had opened up earlier, I would have been spared this nightmare.

* High Priest - I know, who? Something to do with Anti-Pop Consortium, whose records I'll be completely avoiding next time I'm scouring the bargain bins. Just boring - toothless, vague bits of hip hop, bit of a dub bassline, total switchoff. The crowd began to file towards the bar, the brilliant dancehall vibe of the past 90 minutes washed away like dead dreams in the rain. The worst BASH booking so far - Ari Up, all is forgiven.

So, there you go.